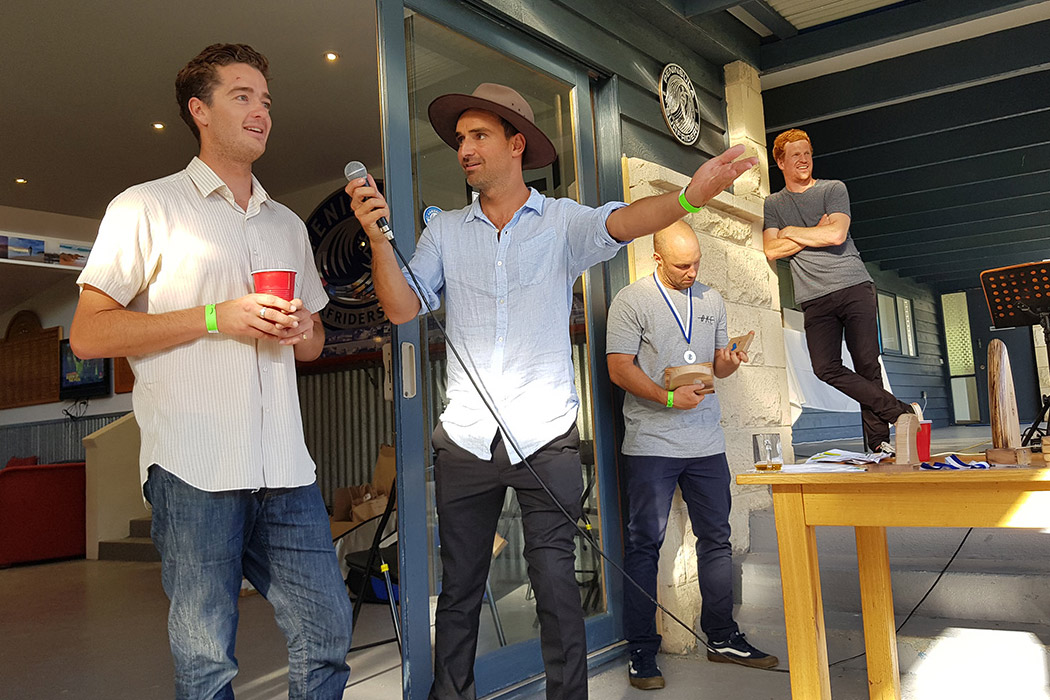 What looked like a very sketchy afternoon quickly cleared to blue skies and sunshine, and members enjoyed great finger food and SAB beers as member Timmy Douglas turned on the tunes with a relaxed acoustic performance.

Presentations commenced with some amazing words about Jane Featherston from the board members and Luke receiving her posthumous Life Membership.

Coombsy did an excellent job with the trophies and Jane’s memorial blocks, and an even better job with some touching words around Janey.

MC’s Joel Reid and Sean McDevitt then rolled into our special awards and lifted the mood with excellent banter and presentations. By the time aggregate divisions rolled around every competitor was interviewed and the crowd laughing at the two clowns on stage doing their thing. Special mention to Joel and James for their assistance with trophies.

More food, great tunes from Rennie and Shanza and a late finish for some.

Awesome to see everyone there and thanks for a great year. [ Lachy, Preseident PSC ] 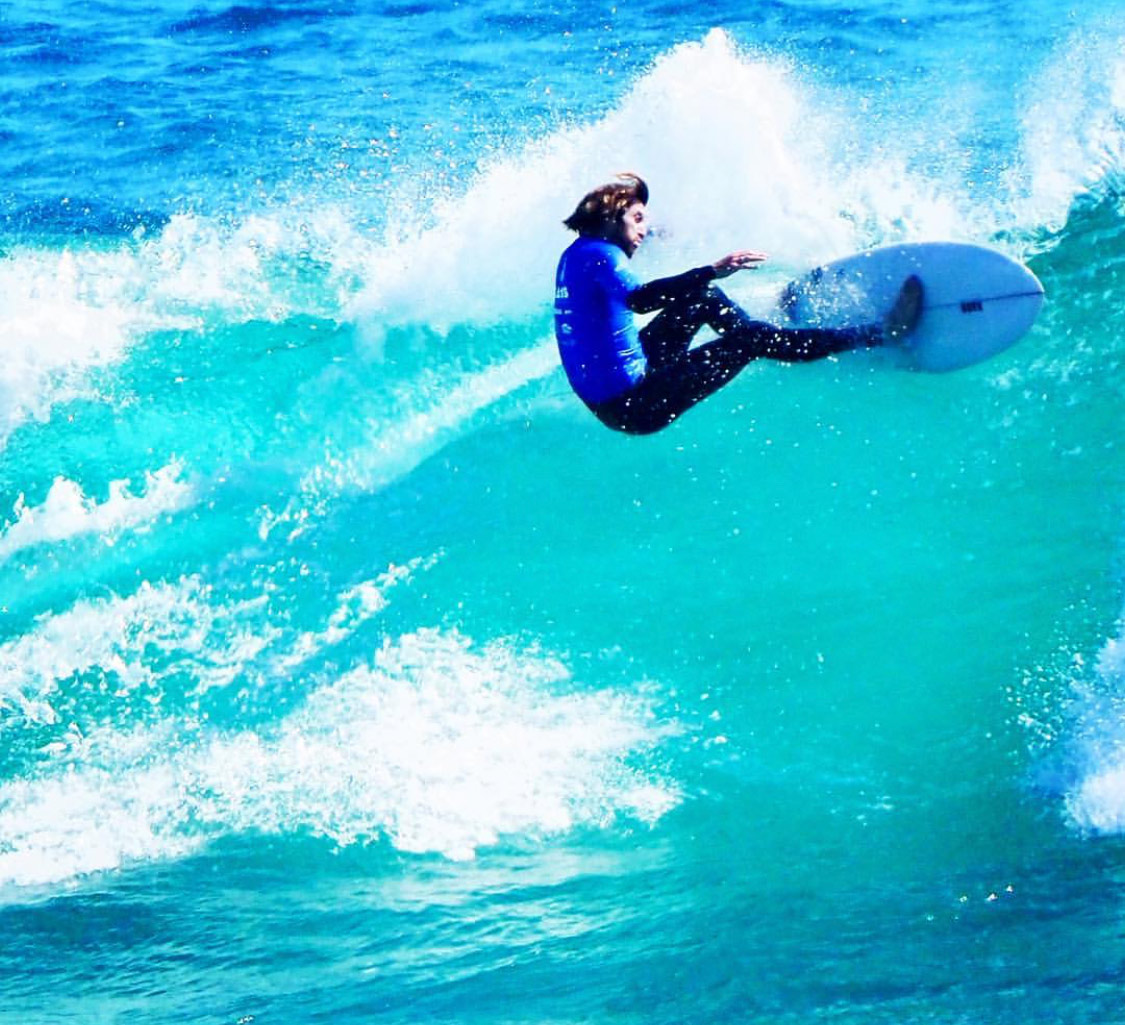 Despite a slow start, and some funky conditions, comp 5 was run last Sunday in clean 3-4ft waves at Second Carpark. Great performances across the divisions and an enjoyable afternoon with a few bevvies on the deck and back at the clubhouse.

Full report to come, and results withheld until Preso. Photo by T Grace. 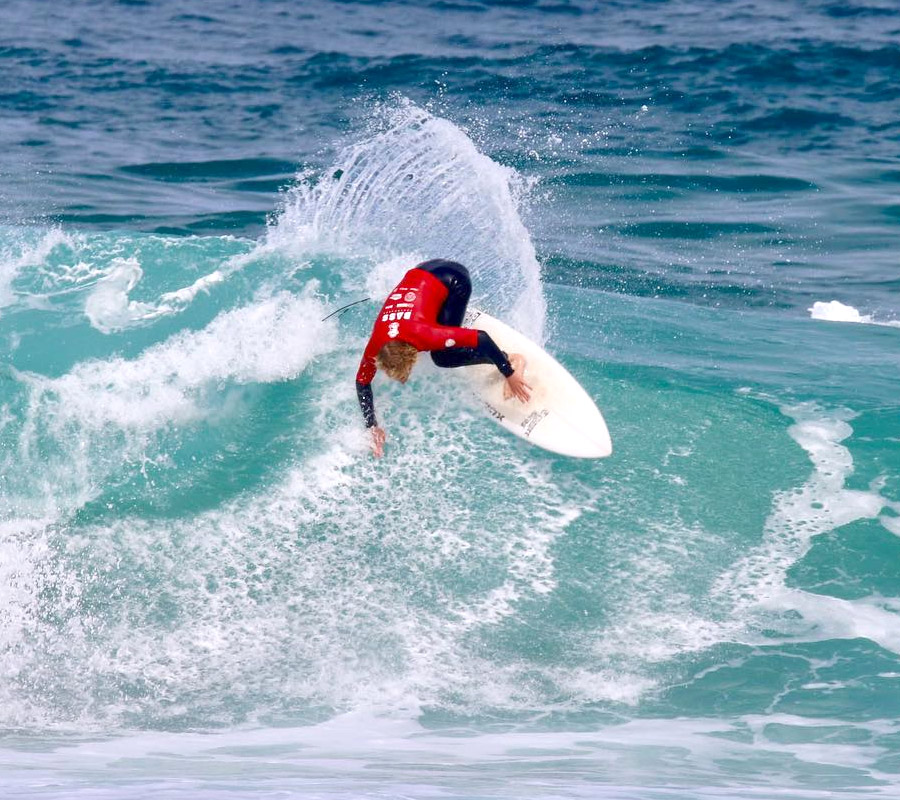 Back to first car-rie. We took advantage of the same banks at Gunna for Contest 4, the left rip bowl out the front and the right off the rocks, 2-4ft light onshore, but super-fun waves again all day, the sun shining and beers flowing.

Cal again ripped the lefts apart and took out the Open Division, over Hayden, Lachy and Sean. We also saw the grommets Jake, Willem, Taj, and Archy shredding the right, making the waves look like overhead drainers. Full results at liveheats.com/psc

Thanks again to our main commitee - Lachy, Joel, James, and Rod for their continual work keeping the comps running smoothly. 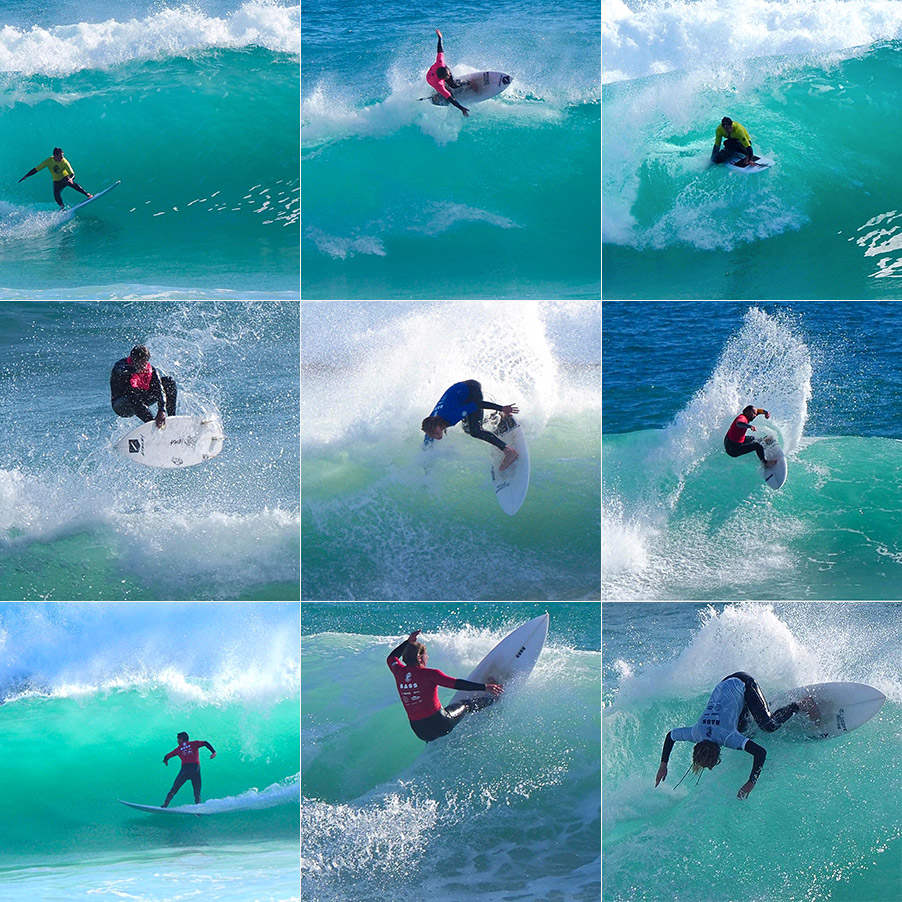 After the Winter break the club got back to work with a great day of pumping waves at 1st car park Gunnamatta. With a rip-bowling left and a fun right over the channel, the Strait turned it on with sick waves all day.

Thanks to our Commitee for running another great event and our Sponsors - Bass Surfboards, Mornington Mazda, St Andrews Beach Brewery, Betta Home Living Rosebud, Premier Roofing, The Snake Hole, Inferno Creative and RVCA. Photos above by Tony Grace and Hanna. 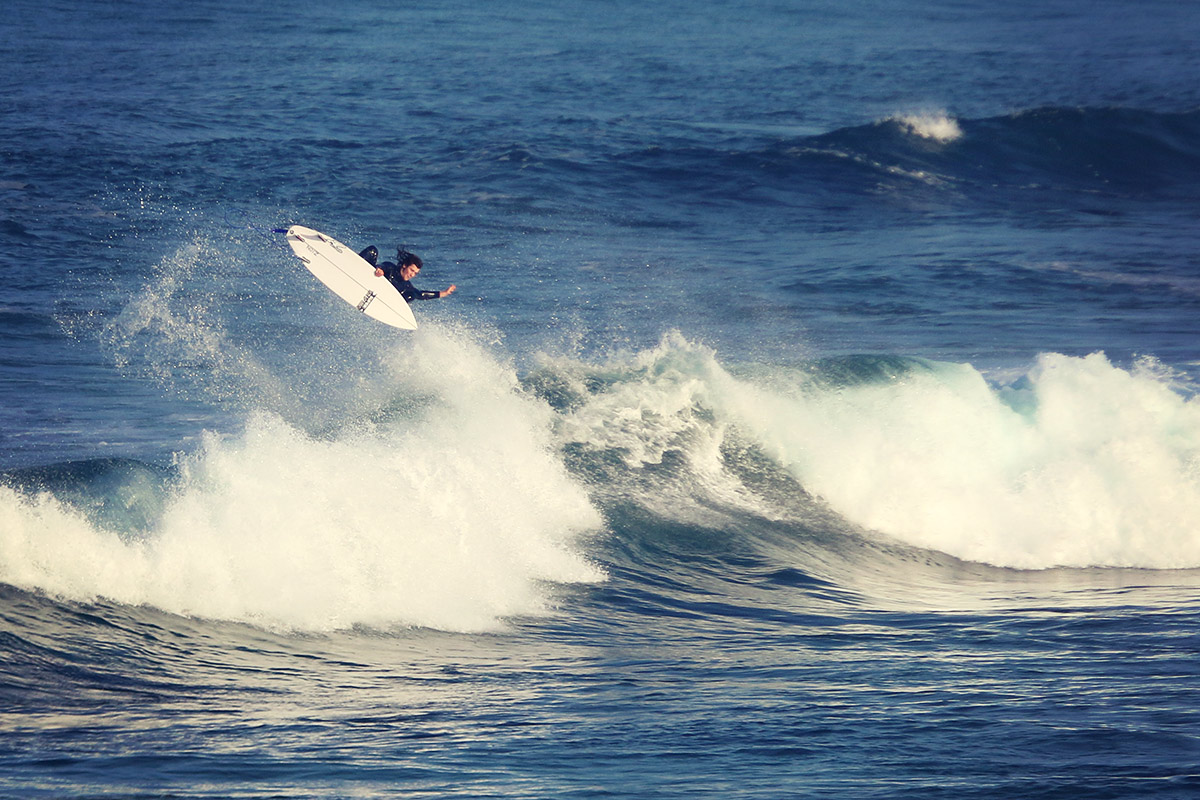 Welcome back to Season 2018. It’s been a cold winter with plenty of swell, and a handful of highlight days on the beach breaks in between. Hopefully you’ve been getting wet.

We are about to launch into a very busy second half of the year. The Victorian Teams Titles is this Sunday 9th of September at Bells Beach. PSC will be taking a strong team and encourage any members who want to support to come across and join in the fun on the beach.

Three aggregate comps, the Australian Boardriders Battle Qualifier (at Phillip Island), three Supergrom events and two Presentation events will see out the remainder of the club’s season. Bring it on.

A massive thanks to our sponsors and supporters. Please reciprocate their generosity by using their businesses and services where possible. The contributions they make keep our local surf community ticking and ensure a successful season each year.

Look forward to seeing everyone down the beach, Lachy.

Read more in our Spring Newsletter › 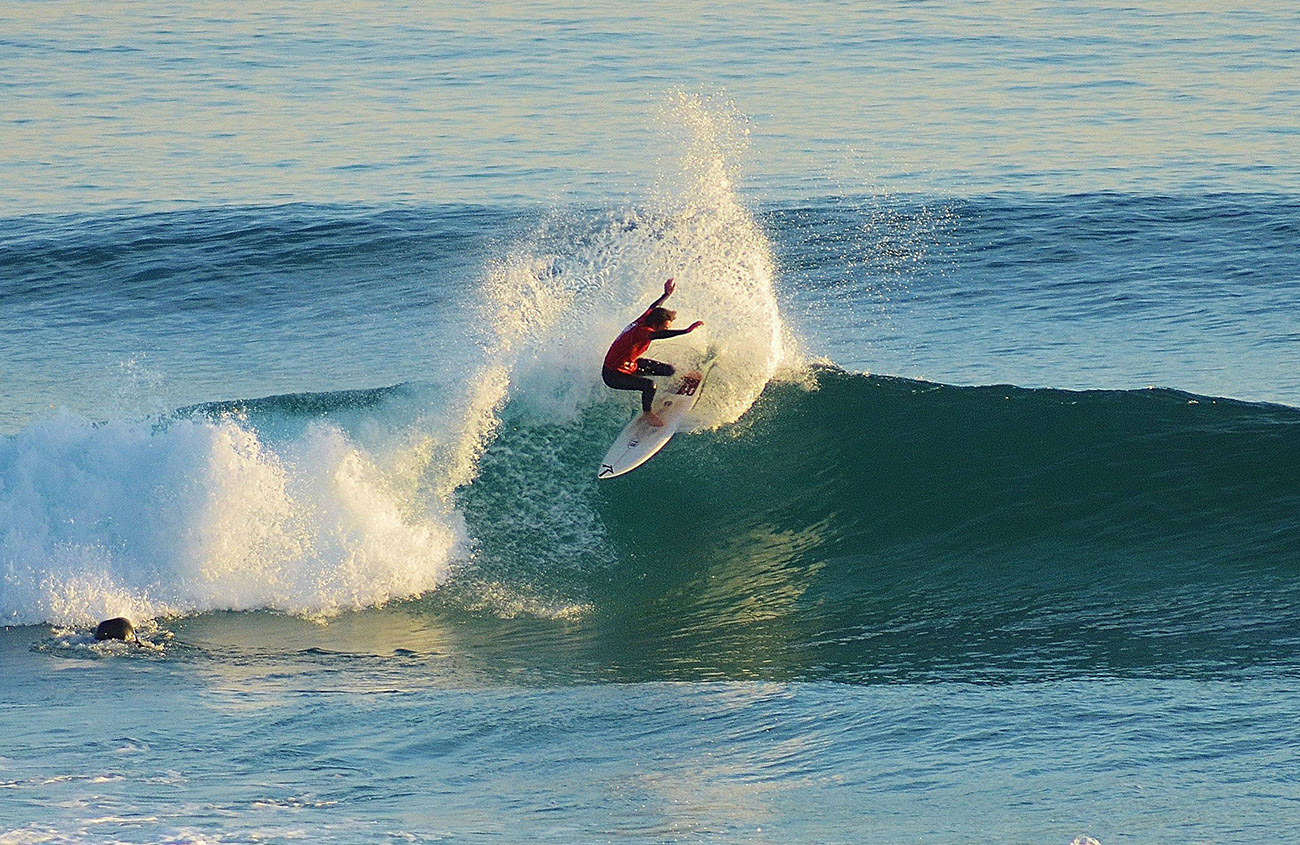 2017 club champion Adam Morris showed his skills in round 1 with the day's highest heat total of 17.10 points out of a possible 20, but was unfortunately eliminated in a later quarter final. Past champions Calum Nicolson and Mikey Barber also set the performance bar high as the waves improved throughout the day on the lower tide.

The growing Women's, Junior Girls and Cadet Boys divisions all relished the user friendly waves and stand-out performances from Hannah Trigger, Brooke Fischer and Will Watson saw them take the respective victories.

As the tide filled in through the afternoon the waves slowed down slightly but excellent surfing prevailed and the marquee divisions raised the performance level as daylight began to fade. The senior men's division saw Cal Nicolson take a narrow lead over his competitors early and he couldn't be caught. Unfortunately the back to back heats took their toll and he was 4th in the Open final which was taken out by an energised Mikey Barber over Sean McDevitt and Lachy McDonald.

The day was one of PSC's best in recent seasons with great waves and weather all day. Spectators and members gathered at the PSC clubhouse afterwards for presentation.

The club now enters its winter break with a recommencement in early October. PSC Supergroms will also re-start then. 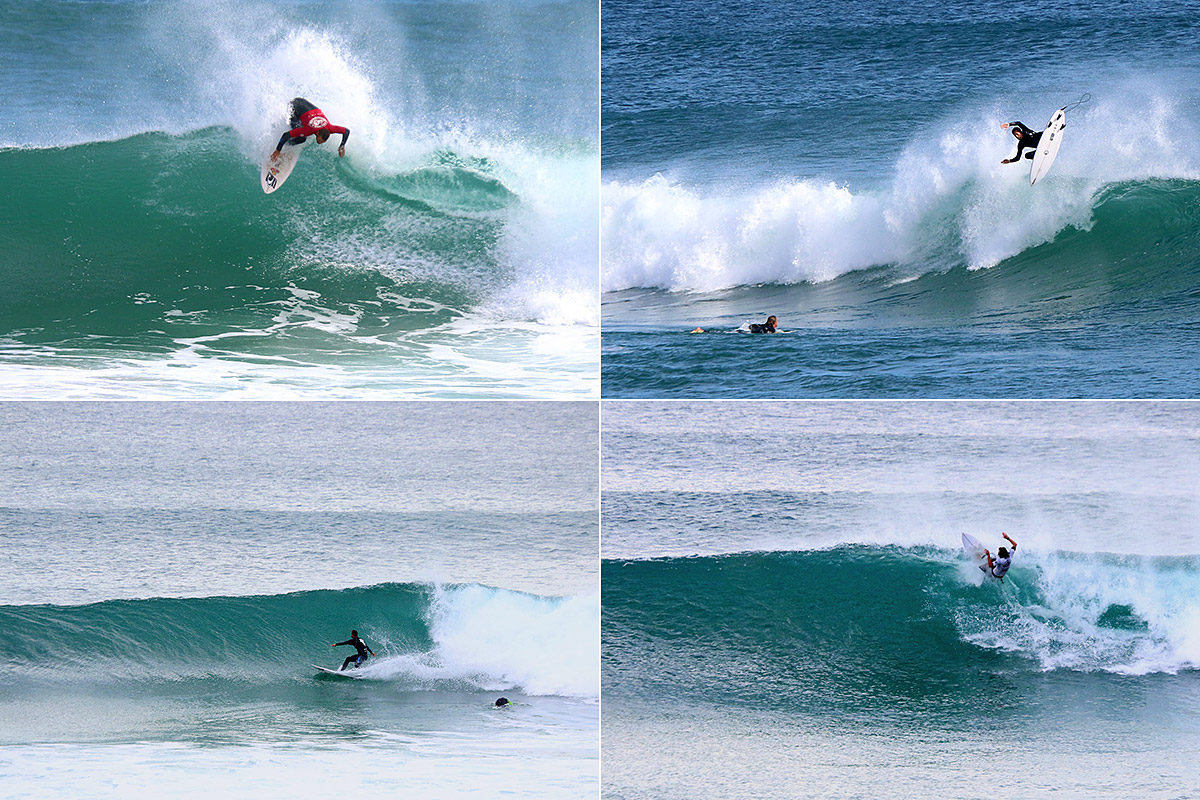 Despite a shakey start in the morning weather wise the Peninsula finally turned it on late morning with the offshore kicking back in with 4ft plus sets at Rye Back Beach for the rest of the day.

It was a pleasure to watch proceedings in what was the best conditions we've seen in a while. Taking out the Open Division was ex champ Caiden Fowler over Calum Nicolson 2nd and Joel Wookey 3rd, with Hannah Trigger taking out the Womens.

Our next contest is scheduled for 4th/5th of May.

The Peninsula's Womens Team have taken out the Victorian leg of the Australian Surf Tag Event in epic conditions at Rye Back Beach, smashing Torquay with 29.69 pts to 10.33 pts. Former Winter Olympian Hannah Trigger posted the highest score in the final, 10.5. The team including Hannah, Vee, Claudia, Nina and Charlee charged the big and chunky conditions. In the mens division, Torquay (94.34) finished ahead of PSC (88.34) with 13th Beach Boardriders (48.47) finishing third and Peninsula B fourth.

"We are stoked to be going to the Australian Championships next month", President Lachy McDonald said. "Winning the Women's division and coming second in the Men's is a great effort from our club so we will have a big squad heading to the Gold Coast. We were one good wave short of the win today in the Men's and look forward to testing ourselves against the country's best". 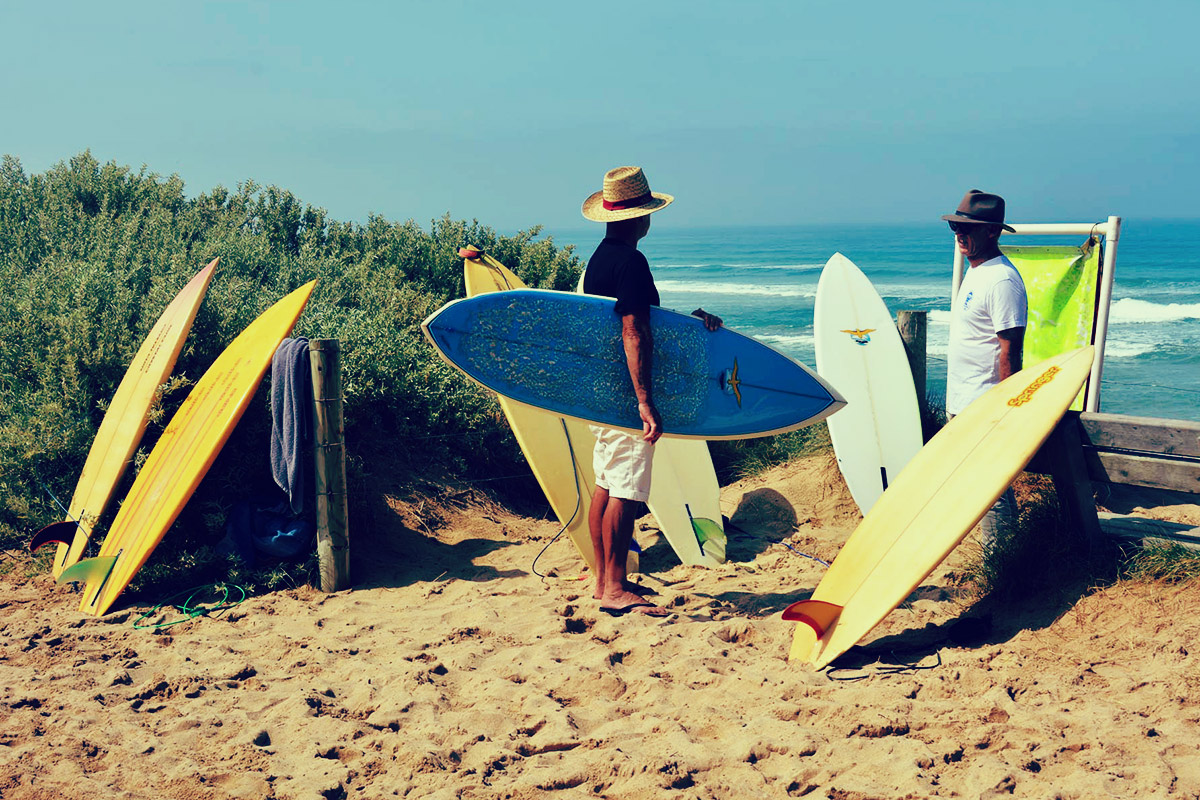 On Saturday 27th January we held our Annual General Meeting (AGM) for the 2017 season on the beach at Rye. View meeting minutes ›

As soon as the AGM was complete we jumped into our annual Single Fin Classic, which was contested in clean 3-5ft right handers at Rye Back Beach, on a perfect, 30 degree day. View photos on Facebook ›

Many members took the opportunity to compete in multiple divisions and maximise time in the excellent conditions and guys like Tex Walker and Max Burton capitalised with strong finishes across the board. Highlights included:

- Coombsy's wipe-out on a well-overhead bowl.
- Max, Macoy and Charlie picking the most modern outlines and riding them like conventional shortboards.
- Lance's over froth - can't get the guy down!
- Gonga, Daz and Ev ripping on the shortest boards they've ridden in years.
- Rory Thomas' switchfoots and Shan Creasey's soul-arches.
- Nath Barrett combining rad style and some solid turns to beat us all and take his first open win.
- Having a beer with everyone who came back to the clubhouse.

4 comps run and done! We have had some classic surf this season! Thanks to all our members and friends for making Sunday such a great day. 1 more comp to go! 👊🏻 @the__boot in comps 3 📸 @peninsula.surf.shots

Comp 4 is on this Sunday at 7am with Gunnamatta the likely site. Please get down early to help the committee with set up.. Look out for registration details later today! @charlielucas__ breaking one apart in comp 3 🤙🏻

Season update - Comp 2 scheduled for May 5th. Register via @live_heats . Support our teams at the @sailorjerrysurftag national final at D’Bah this weekend. Live scores on their website Friday and Saturday. Go PSC.

A great way to finish off a day of amazing waves! Congrats to all winners! And a massive thanks to @sab.brewery for suppling us with their amazing lager🏄‍♂️

Fun day at Rye yesterday for the @sailorjerrysurftag . Our women’s team won the inaugural event, and the guys finished in second. Both teams have qualified for the national final at D’Bah in late April. Congratulations to @torquayboardridersclub and @13thbeachboardriders also.

Comp 1 2018 this Saturday @ Gunna, 7am for membership and first heat at 7.30am. Stay tuned for potential location change in the morning. Register at www.liveheats.com/PSC before 5pm today! @jackywints by @lonniesnaps_photography

Established in 1974, Peninsula Surfriders Club is one of Australia's premier boardrider clubs with a long tradition of success in National competition with a strong focus on junior development. Based on the on the Mornington Peninsula VIC Australia, our home break is Gunnamatta Beach with our clubhouse on Truemans Road, Fingal